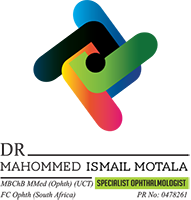 Sometime after age 50, most of us are likely to hear our eye doctor say, “You have cataracts.”

A cataract is a clouding of the lens inside the eye, causing vision loss that cannot be corrected with glasses, contact lenses or corneal refractive surgery like LASIK.

As frightening as cataracts might sound, modern cataract surgery usually can restore vision lost to cataracts — and often can reduce your dependence on eyeglasses as well.

Most cataracts are associated with the aging process and are common among older Americans. In fact, according to the National Eye Institute (NEI), 68.3 percent of Americans 80 and older had cataracts in 2010.

And the prevalence of cataracts in the U.S. is expected to grow significantly in the years ahead, due in part to the aging of the population. In 2010, roughly 24.4 million Americans had cataracts, and that number is projected to grow to 50.2 million by the year 2050, according to NEI.

Thankfully, modern cataract surgery is one of the safest and most effective surgical procedures performed today.

More than 3 million cataract surgeries are performed in the United States every year, with the vast majority of these procedures produce excellent visual outcomes.

In cataract surgery, the lens inside your eye that has become cloudy is removed and replaced with an artificial lens (called an intraocular lens, or IOL) to restore clear vision.

The procedure typically is performed on an outpatient basis and does not require an overnight stay in a hospital or other care facility.

Most modern cataract procedures involve the use of a high-frequency ultrasound device that breaks up the cloudy lens into small pieces, which are then gently removed from the eye with suction.

This procedure, called phacoemulsification or “phaco,” can be performed with smaller incisions than previous surgical techniques for cataract removal, promoting faster healing and reducing the risk of cataract surgery complications, such as a retinal detachment.

After all remnants of the cloudy lens have been removed from your eye, the cataract surgeon inserts a clear intraocular lens, positioning it securely behind the iris and pupil, in the same location your natural lens occupied. (In special cases, an IOL might be placed in front of the iris and pupil, but this is less common.)

The surgeon then completes the cataract removal and IOL implantation procedure by closing the incision in your eye (a stitch may or may not be needed), and a protective shield is placed over the eye to keep it safe in the early stages of your cataract surgery recovery.

Recently, a number of femtosecond lasers — similar to the lasers used to create the corneal flap in all-laser LASIK — have been approved by the FDA for use in cataract surgery performed in the United States.

These lasers have gained approval for the following steps in cataract surgery, reducing the need for surgical blades and other hand-held tools:

Laser cataract surgery (or, more accurately, laser-assisted cataract surgery) is fairly new and significantly increases cataract surgery cost, primarily because the laser can cost from $300,000 to $500,000 for a surgeon to purchase and there are other significant costs associated with the use and maintenance of this technology.

While studies have shown that lasers can improve accuracy during certain steps of cataract surgery, they may not necessarily improve cataract surgery safety, recovery time and visual outcomes in every case.